Father Thomas Byles was on the ship called the Titanic on April 15, 1912. He was crossing the ocean to go from England to New York to celebrate the wedding of his brother. He ended up being a good shepherd willing to lay down his life for people who would become his sheep.

According to witnesses, Father Byles was out on deck praying his night prayers shortly before midnight, when the Titanic struck an iceberg. When the captain ordered the launching of the lifeboats, Father Byles made his way down to where members of his flock were trying to navigate the stairwells to the upper deck but in many cases found themselves trapped behind locked iron gates. Many did not speak English and could not understand the crew’s orders, so Father Byles calmly led third-class passengers to the boat deck where the lifeboats were.

He could have been saved but chose not to get into a lifeboat. When the Titanic went to the bottom of the sea, Father Thomas Byles stood on the deck with Catholics, Protestants and Jews kneeling around him. He was saying the rosary and praying for the repose of the souls of those about to perish. To many he administered the last rites of the Church.

In each of today’s readings, we are invited to recognize Christ’s resurrection not only as the guarantee of our salvation, but also as a reality that transforms how we live and how we serve others every day.

In the Gospel reading, from John, Jesus teaches his followers to understand his forthcoming death using the story of the good shepherd. Jesus says that unlike a person hired to watch over flocks, a good shepherd watches and is willing to give his life to protect his sheep from wolves. The shepherd is personally invested in the safety and well-being of the flock because they belong to him. In the story, the shepherd represents Jesus, and the sheep are his followers.

Jesus emphasizes the selflessness of the shepherd, insisting that he volunteers to protect his flock. Jesus uses the story to teach truths that might be difficult for his followers to accept, expressing his willingness to die and declaring his connection to the Father.

In order for us to be real shepherds who lead others, we have to learn first of all to be good followers. Those of us who are studying about Saint Joseph know that Jesus himself was obedient to his earthly father who taught him many great things. It is clear in the Gospels that Jesus was also very obedient to his heavenly father. Jesus experienced that tremendous love from God, his father and Mary and Joseph.

For those who have not had good role models, hopefully, they can find substitute parents later in life who will understand and appreciate them and reveal to them the person they are and the person they are called to be, who is hidden under pain, guilt and/or violence. Shepherds are the ones who lead those who have been entrusted to them to enter freedom-the freedom to make good choices, to take initiative, and to grow to maturity and love.

For us to follow the invitation to be like Jesus the Good Shepherd, we need to realize that we are not perfect. We need to be humble and recognize and admit our faults and ask for forgiveness when we have not shepherded well. To humbly admit mistakes is one way of being willing to lay down your life so that those in your care receive new life.

Fr. Adam celebrates noon mass for the Tuesday of the Fourth Week of Easter - April 27, 2021. 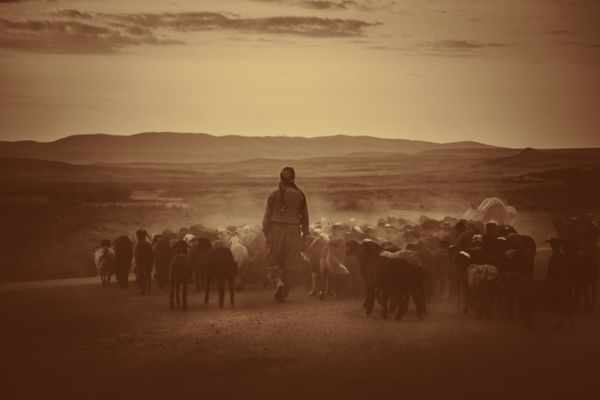