In the second reading, the letter of James addresses a particular failure of a Christian community in the first century. People show favoritism towards the rich and well dressed. James reminds them that God's preference is for the poor and the marginalized.

The Catholic Church in its official teaching has promoted a preferential option for the poor. We have a special responsibility to the poor and vulnerable, who are most affected and least heard when it comes to destruction from natural disasters such as wildfires and hurricanes and earthquakes.

From September 1 to October 4, the Christian family celebrates the Season of Creation, thanking God for the good gift of creation. September 1st is World Day of Prayer for Creation started by the Orthodox Church and now very much ecumenical and October 4 is the feast of St. Francis of Assisi, patron of the environment.

Jesus cried out in a loud voice: Ephphatha BE OPENED for the deaf-mute man in the Gospel today. The man was miraculously healed and able to both hear and speak. The Church of Jesus Christ is crying out in a loud voice for us to pay attention and to do something because the Care for Creation is a moral issue that impacts all of us. Today I share with you official teachings of the Catholic Church from popes to the US Bishops’ Conference. I am inviting all of us to open our ears and our hearts to hear this cry of the poor and a call to action because James will say in just a few verses after the passage in the lectionary, Faith without works is dead.

I begin with 94-year-old Pope Emeritus Benedict XVI who wrote in his 2007 encyclical on the Sacrament of the Eucharist:

“The liturgy itself teaches us that, when, during the presentation of the gifts, the priest raises to God a prayer of blessing and petition over the bread and wine, “fruit of the earth,” “fruit of the vine” and “work of human hands.” (Here is a Labor Day connection.) With these words, the rite not only includes in our offering to God all human efforts and activity, but also leads us to see the world as God’s creation, which brings forth everything we need for our sustenance. The world is not something indifferent, raw material to be utilized simply as we see fit. Rather, it is part of God’s plan, in which all of us are called to be sons and daughters in the one son of God, Jesus Christ (cf. EPH1:4-12). The justified concern about threats to the environment present in so many parts of the world is reinforced by Christian hope, which commits us to working responsibly for the protection of creation.”
~Pope Emeritus Benedict XVI, Sacramentum Caritatis, 2007, § 92

The US bishops believe our response to global climate change should be a sign of our respect for God's creation. They admit that they are not scientists or public policymakers. They enter the dialog from a faith perspective to search for the common good and to raise the voices of the poor which are often unheard. At its core, global climate change is about the future of God's creation and the one human family. It is about protecting both "the human environment" and the natural environment. 1 It is about our human stewardship of God's creation and our responsibility to those who come after us.

In Faithful Stewards of God’s Creation, they say, “Global climate change poses one of the greatest threats to the most vulnerable among us. Because of poverty, age, health, and location, the poor are especially susceptible to the potential negative impacts of global climate change.” (pg 22) “Heat waves, droughts, and storms and their consequent economic costs fall most heavily upon the poor. Since the ‘least of these’ are most at risk from the climate change, Christians have a particular duty to address the moral and human implications of climate change.” (pg 22) “Every individual and institution must accept responsibility for caring for God’s creation,...” (pg 22)

And all of this is just the tip of the iceberg, sad to say melting iceberg, of what Pope Francis teaches in his encyclical called Laudato Si On the Care of Our Common Home. Today, I am merely planting seeds. Recent natural disasters have opened my ears and heart. I will begin a new ministry here at Our Lady of Fatima on care for creation. If that little voice of the Holy Spirit is calling you to join me, please do so. 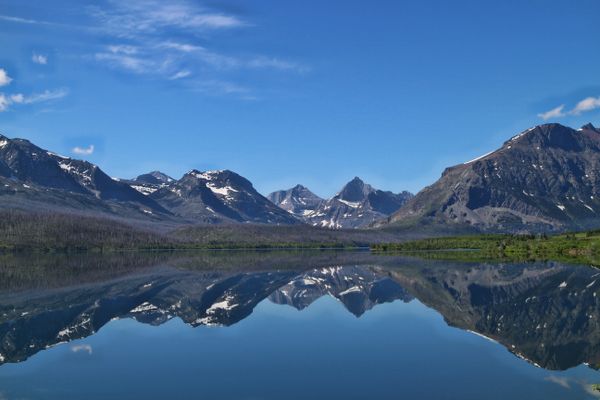 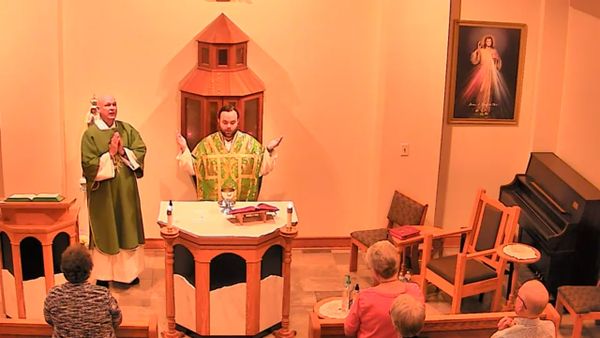 Fr. Adam celebrates morning mass for the Monday of the Twenty-Third Week in Ordinary Time - September 6, 2021.