Today we celebrate one of the two doctrinal feasts in the Church: the Most Holy Trinity. Next week, we celebrate the doctrine of the Body and Blood of Christ. As we say in our creed: I believe in ONE GOD.  We are monotheists.  So, how could there be three persons in one God? Many of the saints tried to explain it using metaphors because symbolic language is the only way to speak of mystery. Saint Patrick of Ireland has given the best-known example.

He used the shamrock to explain the Holy Trinity.  The shamrock is a kind of clover. The story goes that one day his friends asked Patrick to explain the Mystery of the Trinity.  He looked at the ground and saw shamrocks growing amid the grass at his feet.  He picked one up one of its trifoliate leaves and asked if it were one leaf or three.    Patrick's friends could not answer – the shamrock leaf looked like one, but it clearly had three parts.  Patrick explained to them: "The mystery of the Holy Trinity – one God in Three Persons: The Father, the Son and the Holy Spirit - is like this, but more complex and unintelligible.”     St. Cyril, the teacher of the Slavic peoples, tried to explain the Mystery of the Most Holy Trinity using sun as an example.    He said, "God the Father is that blazing sun. God the Son is its light and God the Holy Spirit is its heat — but there is only one sun. So, there are three Persons in the Holy Trinity, but God is One and indivisible."

Recently, I heard that a Mom pregnant with twins felt like she understood the Mystery of the Trinity because there were three separate persons living in loving relationships in one body.

A few years ago, the book and later the movie called The Shack came out.  It challenged Christians to rethink the Trinity.  The story deals with the mystery of suffering and God’s part in tragic situations.  In the novel, a trio of strangers visits the main character to help him deal with his anger and grief over his murdered daughter. They reveal their identities: an African-American woman is God the Father, a Middle Eastern man is Jesus the Son, and an Asian woman is the Holy Spirit. That really is creative thinking outside of the box.  In reality, it is a metaphor that expresses the essence of the trinity: 3 separate different persons in loving relationship.

However, every metaphor falls short of expressing a divine mystery.

What is God? Who is God? Simply stated: God is love. Bishop Robert Barron says that we can say that the Lover is the Father.  The Beloved is the Son.  The intimate love they share is the Holy Spirit. Three is the number of love. The three must be maintained as three and understood as different from one another. Yet the infinite trust and flow between them is so constant, so reliable, so true, and so faithful that they are also completely one. They must be diverse, and they must be one—at the same time. The glue that preserves both truths at the same time is Infinite Love.
At the heart of today’s feast is not a solution to a mathematical puzzle of how God could be three in one.  The readings that the Church chose for today’s Mass do not explain the mystery at all. Rather, they reveal that our God, who is a trinity of divine persons, loves us and longs to reveal himself to us.

The Gospel reveals that the risen Jesus sent the disciples on a mission to continue what he did.  The disciples were commissioned to teach and to baptize in the name of the Trinitarian God.  By virtue of this sacrament, the baptized are mysteriously united to God’s family of love.  That great gift carries with us through eternity.

I invite you to pay attention to the Creed that we are about to recite.  Notice the statements of our belief related to God and the three persons of the Holy Trinity. Let it engage your mind as well as your heart and soul to draw you into the Mystery of Divine Love. 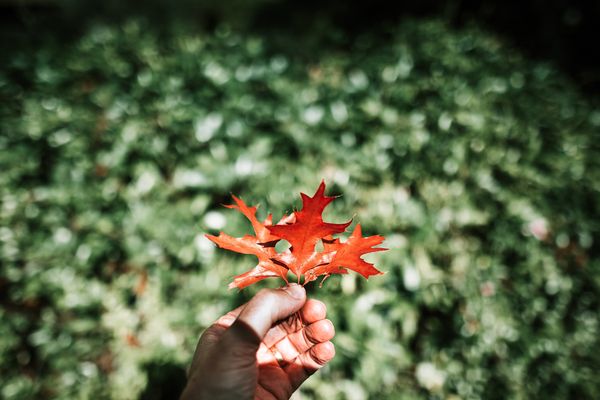 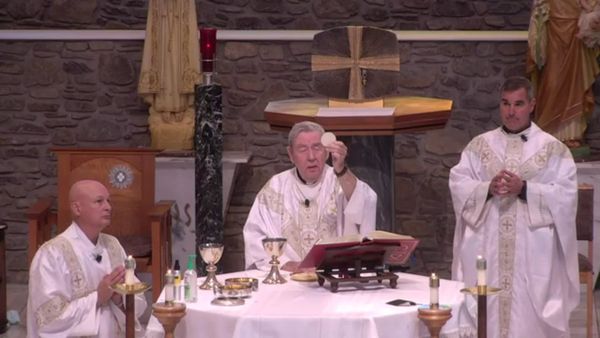 Msgr. Gahagan celebrates our Sunday 11am Mass for The Solemnity of the Most Holy Trinity - May 30, 2021.