When a new pastor of a church made his debut for a Sunday service, he decided to go in disguise as a homeless person. When he arrived, he was not greeted by anyone. He took a pew in the middle of the church and after a few minutes, an usher told him he needed to move to the back. So, when it was time to start the service, a leader in the congregation got up and he introduced the new pastor.

The homeless man in the back row stood up and started to walk down the main aisle of the church. People in the pews started looking at him with disgust and judgement and at each other with disbelief. From the pulpit, the pastor in disguise took off his toboggan cap, straightened his hair a bit and addressed the congregation: I was a stranger, and you gave me no welcome.

Some people in the pews started to cry, and others hung their heads down in shame. The pastor introduced himself to his flock and told them they had just received his first sermon. He told them he wanted them to go home and reflect and pray about what they had experienced that morning.

One of the great Catholic preachers and saints nicknamed John Chrysostom (which means Golden mouth because every word that came out of it was precious) gave a similar sermon by saying this, Catholic style: “If you cannot find Christ in the beggar at the church door, you will not find Him in the chalice.” This refers to our core Catholic belief in the Real Presence of the Eucharist. I am the Bread of Life. (John chapter 6) The words of consecration you and I know so well: Take this all of you and eat it for this is my Body. Take and drink. This is the chalice of my Blood.

Christ is indicating his real presence when he says: Amen, I say to you, whatever you did for one of the least brothers of mine, you did for me.’
It is very hard, and I am certainly no perfect example of seeing and honoring the presence of Christ in a person who is displeasing to my eyes and sometimes to my sense of smell. Yet, we keep trying and growing in this practice throughout our lives.

Today as we celebrate the Solemnity of Christ the King and we hear the most challenging passage from Matthew chapter 25 about the king separating the sheep from the goats in the final judgment (sheep going to eternal joy and the goats to eternal punishment). It is not a story to scare us as much as it is to wake us up, to see things differently… with the eyes of Christ – much like the pastor did when he entered in disguise. Jesus always preached about the Kingdom of God and He is certainly a king. But he is not a monarch who is political as much as he is a servant and a compassionate companion to all who call upon Him.

The Kingdom of God is not a world without pain or mystery, but simply a world where we are connected and in communion with all people and all things.

The Kingdom is about union and communion, which means that it is also about mercy, forgiveness, nonviolence, letting go, solidarity, service, and lives of love, patience, and simplicity. In the Kingdom of God, we know we are all part of God’s Beloved Community.

Author, activist, and community organizer Lisa Sharon Harper describes it in this way:

Evidence of the presence of the Kingdom of God is thick wherever and whenever people stand on the promise of God that there is more to this world—more to this life—than what we see. There is more than the getting over, getting by, or getting mine. … There is a vision of a world where God cuts through the chaos, where God speaks and there is light. There is a vision where there is protection and where love is binding every relationship together.

Jesus did not come to impose Christendom like an imperial system. Wherever in time and place, we have tried to force Christianity on people, the long-term results have been disastrous. The Gospel flourishes in the realm of true freedom. But it is a freedom we must choose for ourselves.

(8:30 AM) And it is a kingdom that Our Lord told us to pray for: Thy Kingdom Come, Thy Will be done on earth as it is in heaven. And with God’s grace, we will be given glimpses of the Kingdom of God which is already among us and not yet fulfilled.

(5:30 PM) The words of the preface before we sing the Holy, Holy, Holy says it wonderfully: by offering himself on the altar of the Cross as a spotless sacrifice to bring us peace, so he might accomplish the mysteries of human redemption and bring forth a kingdom of truth and life, of holiness and grace, a kingdom of justice, love and peace. Amen. 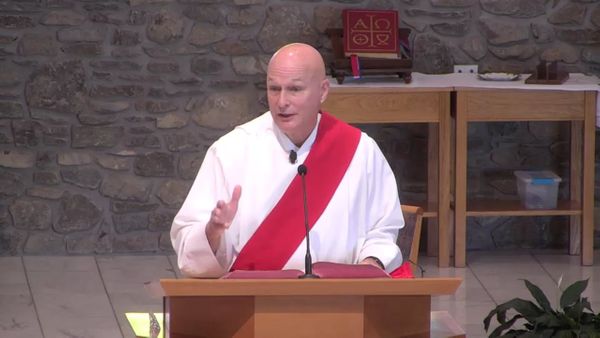 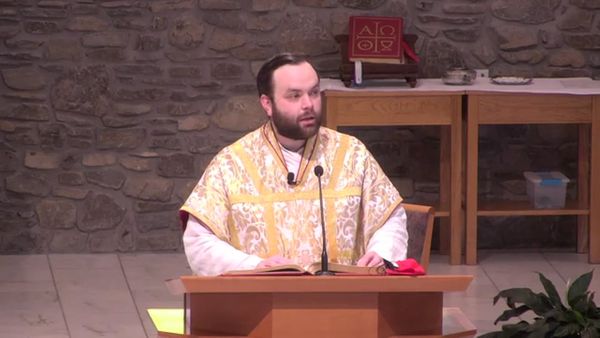