You may remember back in the day when newspapers ran advice columns like the popular “Dear Abby” column. She once received a letter from a 15-year-old girl which read as follows: Dear Abby: Happiness is not having your parents scold you if you come home late, having your own bedroom, and getting the telephone call you’ve been hoping for. Happiness is belonging to a popular group, being dressed as well as anybody, and having a lot of spending money. Happiness is something I don’t have. Signed “15 and Unhappy.” Shortly after the letter was published, “Dear Abby” received a reply from a13-year-old girl who wrote: Dear Abby: Happiness is being able to walk and talk, to see and hear. Unhappiness is reading a letter from a 15-year-old girl who can do all four things and still says she isn’t happy, I can talk, I can see, I can hear. But I can’t walk. Signed “13, crippled and Happy.” These letters reflect two different points of view on happiness. Today’s Gospel on the beatitudes does the same.

Living in one of the richest countries in the world and having so many freedoms and possessions that a majority of world citizens do not, Americans do not report that they are very happy. A study by NORC at the University of Chicago in 2020 (albeit during the most difficult time of the pandemic) found that just 14% of American adults said they're very happy, down from 31% who said the same in 2018. So even before the pandemic, less than a 1/3 of Americans said that they are very happy. What gives?

Let’s focus on the first beatitude: "Blessed are you poor, for yours is the Kingdom of God." In Jesus' time, wealth was understood as a sign of God's blessing. And it is certain that most of those who heard Jesus preach were not rich. They were simple and poor people. They followed Jesus because He gave them importance. They were despised by the priests, Pharisees and scribes. It was understood that they were not included among those blessed by God, because their poverty was a sign of their sin. So, Jesus' words were revolutionary. God's whole scheme of predilection was turned upside down. Jesus was declaring that God loved them and God blessed them.

And why were they blessed? It was not because of their poverty, but because of the simplicity of their hearts. Jesus was not preaching that they resign themselves to being poor, but he indicated the importance of the poor in the eyes of God. They should not resign themselves to their state of misery but move forward with a vision of the possibilities they had, as beloved of God. It was a message of encouragement, hope and joy. It was a message that only they, the poor, could grasp. The rich were justified. They believed that their wealth was a sign of their favor with God. But Jesus was extending to the poor a reverse vision of the Kingdom. In the Kingdom of God that Jesus preached, those who sought truth, justice and compassion were the happy ones.

Recently I saw an interview with a Yale University professor who teaches a course on happiness. It is now online for anyone to take it for free, by the way. Dr. Laurie Santos gave two science-based actions that make people happy. 1. Give to others. She said that the pandemic is not a time for selfishness. Be other oriented. Doing things for others makes us happy. 2. We assume that when times are bad, we should be griping, upset and complaining. Research shows that happy people count their blessings even in the worst of circumstances. A simple attitude of gratitude can boost our moods. Thank other people for the good they do. Give kudos for jobs well done. Thank God for everyone and everything. Model this and teach it to your children.

Why am I not surprised by what scientific research shows to be true? Because Jesus taught these things. It is the eternal wisdom of the Gospel. He said Love God and Love your neighbor. Praying to God in thanksgiving is a foundational way to express our love for God. Eucharist means thanksgiving. Every time we celebrate mass, we give thanks to God for so many things. Let’s be deliberate and conscious about that. Love your neighbor in practical ways. Love another and joy will flow into your soul.

Blessedness, also translated as happiness, is contagious, according to Dr. Santos. Seek out people who are kind, excited for the challenges in life, grateful and giving. Also know that your blessedness in action will transmit to the people around you. It reminds me what Sr. Madeline MacDougall said to me many years ago: Keep the faith and if you can’t keep it, spread it. 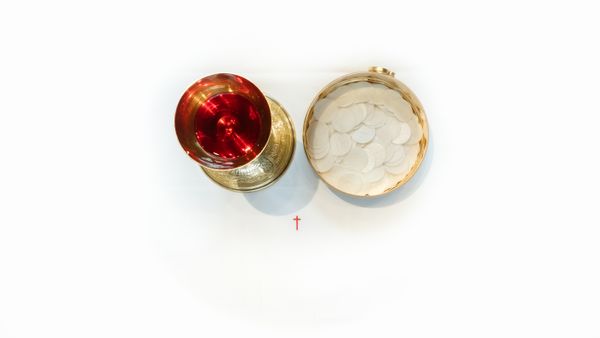 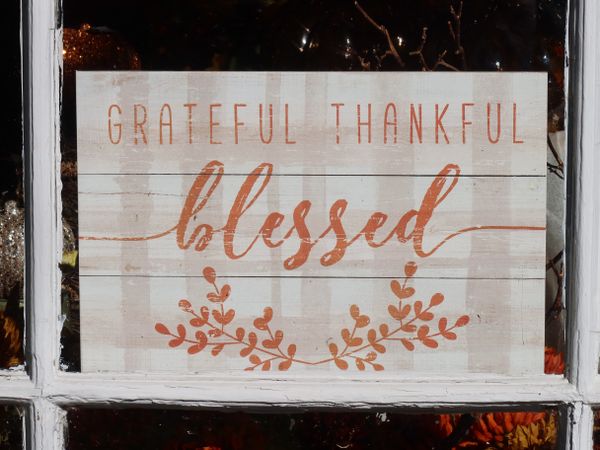