An old beggar lay on his deathbed. His last words were to his youngest son who had been his constant companion during his begging trips. “Dear son," he said, “I have nothing to give you except a cotton bag and a dirty bronze bowl which I got in my younger days from the junk yard of a rich lady.” After his father’s death, the boy continued begging, using the bowl his father had given him. One day a gold merchant dropped a coin in the boy’s bowl and he was surprised to hear a familiar clinking sound. “Let me check your bowl,” the merchant said. To his great surprise, he found that the beggar’s bowl was made of pure gold. “My dear young man," he said, “why do you waste your time begging? You are a rich man. That bowl of yours is worth at least thirty thousand dollars.”

We Christians are often like this beggar boy who failed to recognize and appreciate the value of his bowl. We fail to recognize the infinite worth of the Holy Spirit living within each of us, sharing His gifts and fruits and charisms with us.

Let’s recall this movement in Scripture during Easter… Our Easter journey is one that should bring us from merely “seeing” with our eyes to “recognizing” in faith. Seeing things with our eyes is not the same as recognizing things. Recognizing things is having insight to see them in their deepest meaning. That is what it means to be a person of faith imbued by the Holy Spirit.

We recall that on Easter morning, Mary Magdalene sees someone whom she sees as the gardener. When her name is spoken tenderly, she moves from seeing a gardener to recognizing Christ.

Another resurrection story has two disciples walking to the village of Emmaus with a stranger. That is what they see, a man they did not know, a stranger. They talk about Jesus of Nazareth, but it is in the breaking of the bread that their eyes are opened, and they realize they had recognized him, Jesus who had been crucified, the One they had been speaking about.

We always recall that doubting Thomas refuses to believe his brother disciples who told him they had seen the Lord. So when Jesus appears again to the disciples and Thomas is with them, Jesus invites him to the scariest level of recognition because He invites Thomas to put his hands in his wounds. Touch them. In essence, Jesus tells Thomas, “When you get in contact with my suffering and the suffering of others, then you will move from seeing to recognizing.” And Thomas says with great faith: “my Lord and my God.” Many people echo Thomas’s words during the consecration at Mass...seeing bread and wine elevated by the priest, but recognizing His Body and Blood, Soul and Divinity in the Holy Eucharist.

So it is the same reality that Christ shows us in the conversion of Saul to Paul when Jesus said, “I am Jesus whom you are persecuting.” At this point in history, Jesus Christ had ascended so Saul was not persecuting him personally. Saul was persecuting his followers. The implication is that Saul was to recognize Christ in his followers. Do not just see them as enemies you disagree with, but recognize that I am in them. When you hurt them, you really hurt me.

So as I look out and see each of you, I see you as individual people. When I move to recognition, I know that you are the Body of Christ and I treat you and act as I would want to act if Jesus himself were sitting right in front of me.

This is the same act of faith that Mary Magdalene had, that Thomas had, and that the disciples on the road to Emmaus had. We, like them are to move from seeing a gardener, a wounded person, a stranger and anyone else as one in Christ.

How do we do it? My answer is awareness and practice.

The spiritual discipline of contemplation is a rich part of our tradition. In the Middle Ages, saints taught that a third eye was the intuitive eye of true understanding (contemplation). I describe this third eye as knowing something simply by being calmly present to it (no processing needed!). This spiritual practice corresponds to Scripture as I shared and also the teachings of Jesus. It moves us out of purely dualistic thinking which is the foundation of almost all suffering and violence in the world.

God has given most of us human eyes to see. Through the gift of the Holy Spirit, he gives us the insight to recognize Him in this beautiful world which is soaked with the divine. The Holy Spirit makes all things new and empowered the first disciples to move from fear to bold proclamation, even taking risks to spread the Good News of Jesus Christ. The same Holy Spirit empowers us to move through our own fears of the other and recognize each neighbor as a brother or sister shining with the light of the Holy Spirit . 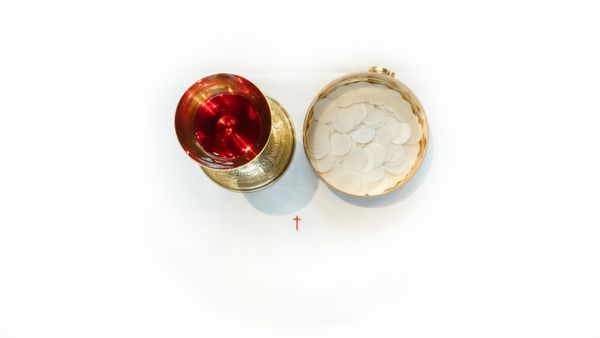 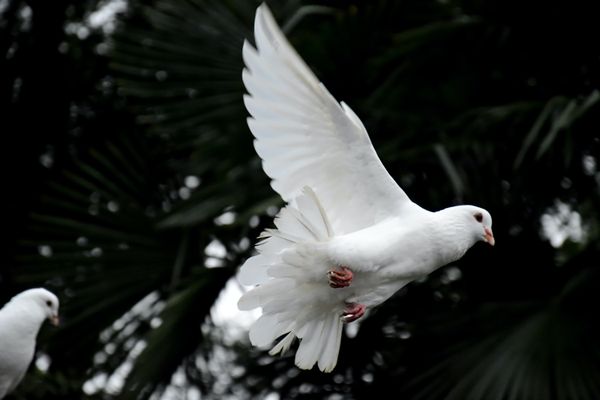