Friday we remembered the terrorist attacks of 2001 on the United States.Three months after the September 11th terrorist attacks, Pope St John Paul II in his annual World Day for Peace message on January 1, 2002, clearly taught that there can be no peace without justice, and there can be no justice without forgiveness. Remember that it is JP 11 who went to the jail cell to forgive the Mehmet Ali Agca, the Muslim who tried to take his life. For those connected here in this parish, that is considered the 3rd secret of Fatima. Forgiveness is a message that is hard for us to heed. Have we as a nation or even as individuals forgiven what happened 19 years ago? Because it is so hard and countercultural, the Gospel today leaves us challenged. We do think of situations of immense evil and ask: How is it possible to forgive a murderer, a rapist, an abuser of children, a terrorist, an arsonist? It seems unfair to us that there is no retribution. But the teaching of Jesus is clear, we have to forgive. Of course, we must do everything possible to prevent the same thing from happening, but we must not change ourselves into individuals motivated by hatred and revenge. Where there is no forgiveness, there is no peace… especially in the person who has the possibility of forgiving. Forgiveness does more for the person who is offended rather than the one who perpetrates the offence. It is worth repeating: forgiveness does more good for the person who is offended rather than for the one who perpetrates the offense.

The idea of forgiveness goes against our culture today. I know people whose parents have been dead for many years and yet they continue to blame them for a terrible lot in life. They are bitter and resentful instead of free and compassionate. I also know people who have worked hard to be honest about the past and worked hard also to forgive so that they themselves are healthier and happier. The weight of unforgiveness was a burden that was finally cut free from their lives. One definition of forgiveness that I like is “giving up hope of a better yesterday.” Think about it if you are a person who lives in a world of “If only this or that happened, I would be better off…” Give up hope of a better yesterday. A great spiritual truth is that I cannot change other people. I can only change myself. Do not let wrath and anger poison your heart and rob you of peace.

Jesus tells Peter that we must forgive seventy-seven times which means endlessly. That is hard to do. It calls forth from us to tap into that divine part of us, our souls that are never offended and can imitate God by forgiving unconditionally.

Dutch priest Father Henri Nouwen (who died nearly 25 years ago) is one of my favorite spiritual guides because he is so aware of his own weaknesses and that living in God brings about transformation. He wrote:

It is this divine forgiveness that I have to practice in my daily life. It calls me to keep stepping over all my arguments that say forgiveness is unwise, unhealthy, and impractical. It challenges me to step over all my needs for gratitude and compliments. Finally, it demands of me that I step over that wounded part of my heart that feels hurt and wronged and that wants to stay in control and put a few conditions between me and the one whom I am asked to forgive. . . . Only when I remember that I am the Beloved Child can I welcome those who want to return with the same compassion as that with which the Father welcomes me.

I mentioned forgiving parents, but sometimes we need to forgive ourselves for something that we regret or affect our lives negatively. And do not be surprised when I tell you that some people even need to forgive God. They blame God for the death of a loved one or a terrible suffering that they are going through or the natural disasters.

Forgiving does not mean ignoring the offense, but rather giving yourself the possibility of living free from the weight of the offense. Sometimes it requires immense effort because the weight of the past is immense. We have to ask for God's help, because we just aren't capable of doing this alone. So we implore the grace to act as Jesus commands. We admit our helplessness and throw ourselves at God's mercy.

The sacrament of reconciliation celebrates the gift of God’s forgiveness of our sins. It also gives us the grace to be forgiving towards others who sin against us. I like to think of it as our way of knowing that what Jesus said about the number of times to forgive is limitless.

Today, we are going to pray one of my favorite Eucharistic prayers so please pay close attention as it is not one the usual ones that priests pray. It is EP for Reconciliation number 2. One of the lines that is so meaningful for me is about forgiveness being hard to put in practice. When that happens, we do call upon God’s power that hatred is overcome by love, revenge gives way to forgiveness and discord is changed to mutual respect. Even though we think that we cannot forgive, with faith, all things are possible for God. 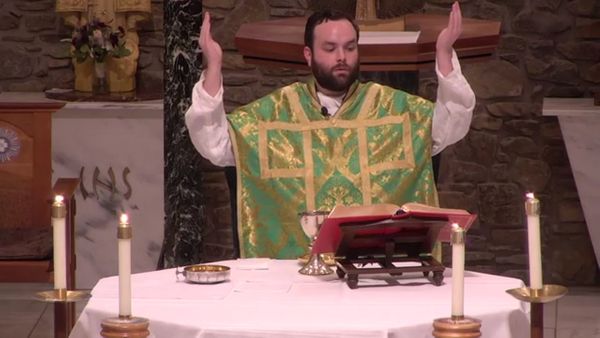 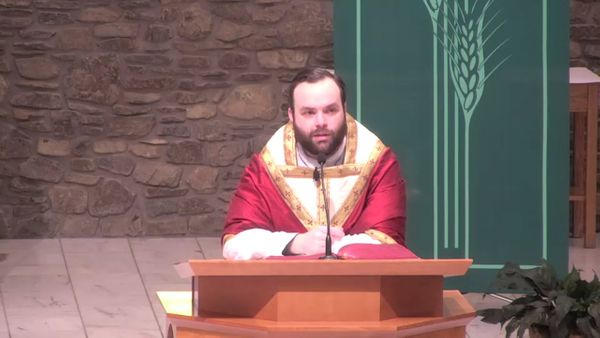