Walmart is a strange place. I have a lot of memories of Walmart. But one stands out above all the others. In the early nineties, there was a new fashion trend among women: wrap around skirts. It was basically an elongated piece of fabric that wrapped around the waste and was then tied on. I guess my mother decided to be trendy that year. As she and I were walking through the produce section of Walmart the great flaw of this trend became apparent. It depended on you being able to tie a secure knot, which my mother had failed to do. So her skirt fell off. I was mortified. In the panic of that moment of embarrassment, I yelled out, much too loud, “Mom, your skirt fell off!” That made the situation worse. Everyone turned and stared at us. But Mom just reached down picked up her skirt and tied it back on, a little more securely this time, and she continued her shopping. To do this day, I can’t shop for produce in Walmart without blushing.

I think we all fear embarrassment far too much, we give it too much power over our lives. Because at the end of the day, what does it matter? Embarrassment can’t hurt us. So why should we allow the thoughts and voices of everyone around us dictate who we are and how we should live?

We need to let that fear, that cowardice go, and be more like the Virgin Mary, whom we celebrate today. She is a true model of courage, of shutting out the voices of the crowd and listening only to the truth. When God told her she would become of the mother of Jesus, she understood the consequences. To be pregnant and unmarried, in her culture, meant being thrown out of her home, abandoned by her people, pushed to the margins, and more often than not, being stoned to death for brining shame upon her people. Mary heard the voices of the crowds and she ignored them. She took courage and listened to the only voice that matters, the voice of God speaking to her heart and calling her to greatness.

So must we. God is calling each of us to a life of greatness. May we all be like Mary, may we all have her courage to respond to the God who loves, to listen to the voice that will lead us to our truest selves. 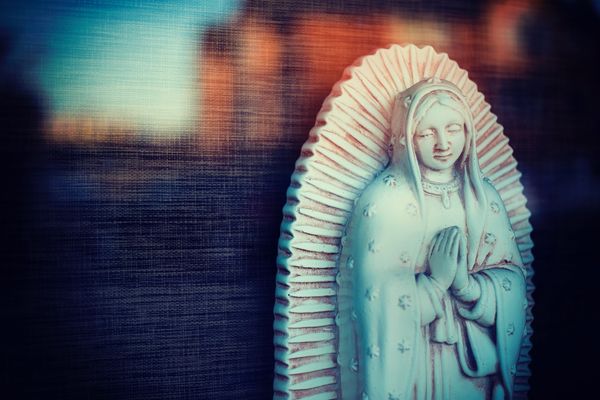 Fr. Pete's homily for the feast of the Immaculate Conception. 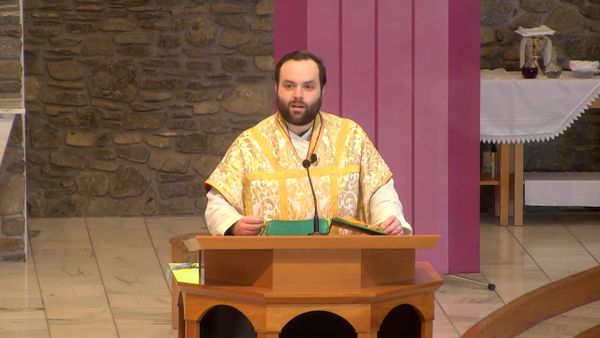 Fr. Adam celebrates Tuesday noon mass for the Memorial of Saint John of the Cross, Priest and Doctor of the Church - December 14, 2021.