The normative reading of this story sees the Samaritan woman as a sinner encountering God’s mercy. But that is wrong. She is not a sinner; she is a prophet. In her words, we hear the Spirit speaking to us and calling us to a new way of life.

Before this moment, the Samaritan woman had been oppressed and voiceless. She was the victim of influential people who considered others as little more than refuse, as objects to be used and disposed of according to whim and convenience. The same was true of her people, the Samaritans. While finding their origins in the Jewish people, the Samaritans had been forcefully cut off from their heritage. When the Northern Kingdom of Israel fell, five foreign nations invaded the land. They coerced the people into intermarriage and new customs. Stripped of their Jewish identity, these people became the Samaritans. Even though that identity had been stolen by force, the Jewish leaders still considered the Samaritans unclean. A pious Jew was forbidden to speak or interact with them.

Jesus, however, did not accept this ruling. He did not divide the world into clean and unclean, into those worthy and unworthy of love. Jesus showed God’s mercy to all people. Ignoring the discriminatory customs of the time, he spoke with the Samaritan woman. This bold action of engaging in dialogue liberated her from oppression.

Jesus’ request for water was tremendously scandalous. It was a breaking down of ancient and rigid barriers. It was a declaration that discrimination would have no place in the Kingdom of God. But this extraordinary expression of God’s mercy was met with skepticism. The Samaritan woman did not immediately accept Jesus. She questioned him because her own life experiences had taught her to be suspicious of the powerful’s claims. The Samaritan woman’s life mirrored the experiences of her people. Just as the Samaritans had been invaded by five foreign powers, she had had five husbands. She had not married by a free decision. A single woman in the ancient world did not have rights. They could not participate in society and were shunned by their community, so she married to survive. Five times men used their power and privileged to abuse and discarded her. Thus, when Jesus, a man, comes to her with new claims, she is justifiably skeptical.
But Jesus overcomes that skepticism and empowers her. He reveals insights into the woman’s life that no one could know. He demonstrates true omniscience instead of the bombastic pretense of knowledge that world leaders and experts so often give us. At this moment, the Samaritan woman comes to believe. She has finally been set free from the false powers of the world and knows the truth. No longer will she be dependent upon oppressors; for now, she has a deep and abiding relationship with God himself. Strengthened by the Word of Truth, she goes out and tells her people the Messiah is here; their time of captivity is at an end. The Samaritan people rush to Jesus so that they too may experience liberation. Together they proclaim the most striking line in the story, “We know that this is truly the Savior of the World.”

These words may seem of small importance to us, but they are extraordinary. The title “Savior of the World” has no basis in Jewish or Samaritan tradition. It is not a biblical phrase or rooted in common expectations of the Messiah. Instead, it is a prophetic utterance, something entirely new. The Samaritan people, led by this unnamed woman, have become the voice of God. Their experience of oppression has opened their hearts to novel insight into the mystery of salvation. God is not merely the savior of the Jews but the savior of all people. He has not established a single Promised Land but will make the whole world into a Promised Land. All people will be set free, every false power will be destroyed, and God alone will be our merciful ruler.

Jesus came to set people free and break the chains of bondage. If we dare to call ourselves his followers, then we must do the same. We must not subject ourselves to human laws and cultural customs that oppress and marginalize. Instead, we must actively oppose them by seeking out the forgotten, encountering them, and giving them a voice. When we do, we may find that just as with the Samaritans, these people too are the voice of God in our broken world speaking the Truth for which we should desperately long. 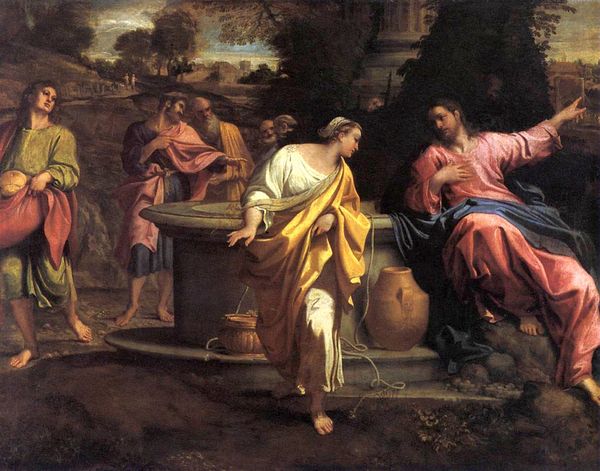 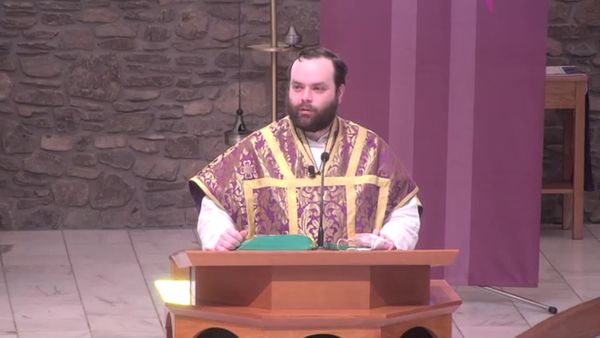