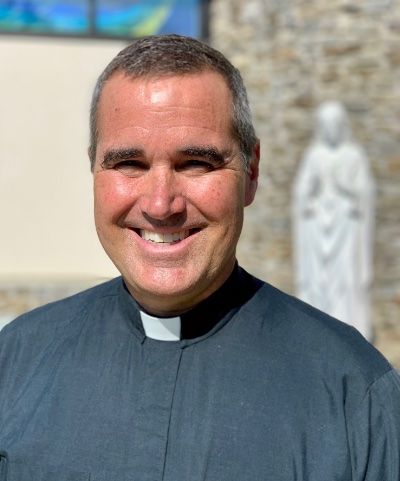 Father Pete was born in New Jersey and grew up on Signal Mountain, outside of Chattanooga, TN. He is the oldest of four. His father and two brothers and their families live in the Chattanooga area. His mother died in 2017. His sister and her family live in Nashville.

Fr. Pete was ordained at his home parish on the Feast of the Transfiguration, August 6, 1993. He served at St. Dominic’s in Kingsport; Notre Dame High School in Chattanooga as well as being diocesan coordinator of youth ministry; on the formation faculty of Mundelein Seminary in the Archdiocese of Chicago; Sacred Heart Cathedral in Knoxville as well as being vocation director and director of ongoing formation for priests; pastor of his home parish, St. Augustine, Signal Mountain; pastor of St. Joseph the Worker in Madisonville; pastor of St. Therese of Lisieux in Cleveland, TN; (on sabbatical in Italy) and pastor of St. Mary’s in Johnson City for 8 years before coming to Our Lady of Fatima.

Fr. Pete is a member of an ecclesial movement (like Cursillo and the Charismatic Movement) called Focolare/Work of Mary. The spiritual charism is unity. See John 17:21. He tries to live the Gospel by what is called the Art of Loving.

Fr. Pete speaks Spanish, French, some Italian and loves words and phrases of other languages. He loves people and cultures and traveling. He also enjoys hiking, gardening, yardwork, history and visiting family and friends. Fr. Pete enjoys cooking/grilling but is by no means a gourmet. He enjoys theatre both professional and amateur.

Fr. Pete is delighted to be at Our Lady of Fatima and is eager to meet the parishioners and to serve them as Jesus called us to serve.

Born in Alabama, Fr. Adam moved to Chattanooga, TN when he was in high school. He attended Carnegie Mellon University and received a B.S. in Computer Science. After college, Fr. Adam attended Saint Meinrad Seminary and School of Theology for six years. He was ordained in 2016. Fr. Adam's first assignment was Our Lady of Perpetual Help in Chattanooga. He has an Egyptian Mau cat named Bastet. 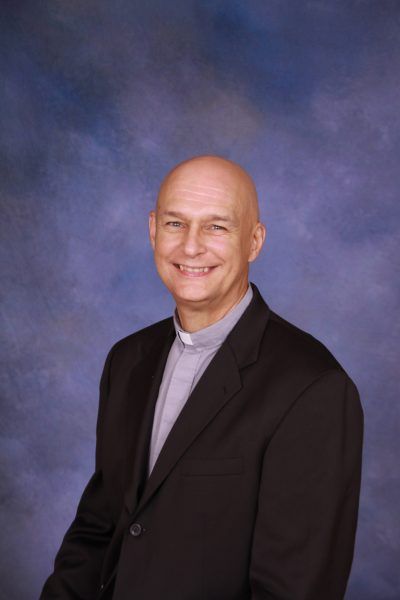 Deacon Jacobs currently serves Our Lady of Fatima Parish in Alcoa. He and wife, Toni, are parents to three grown sons, who live in Nashville.

Deacon Bill resides in Louisville, and is retired as a physician for the Department of Veterans Affairs in Knoxville.

Deacon
Dcn. Leon was born and raised in Nashville and attended Christ the King Catholic School and then Father Ryan High School. After some college, he decided to go into the United States Air Force. He completed both his bachelor’s and master’s degrees at Texas A&M-Commerce in East Texas. He spent 45 years in his career field in Aviation. While in Texas, he met and married his wife Ellen, and they have one son who is currently working in the aviation field also. They have been members of OLOF since 2001.